IN THE NEWS | Oceanit at the 2019 NACE UAE Corrosion Conference 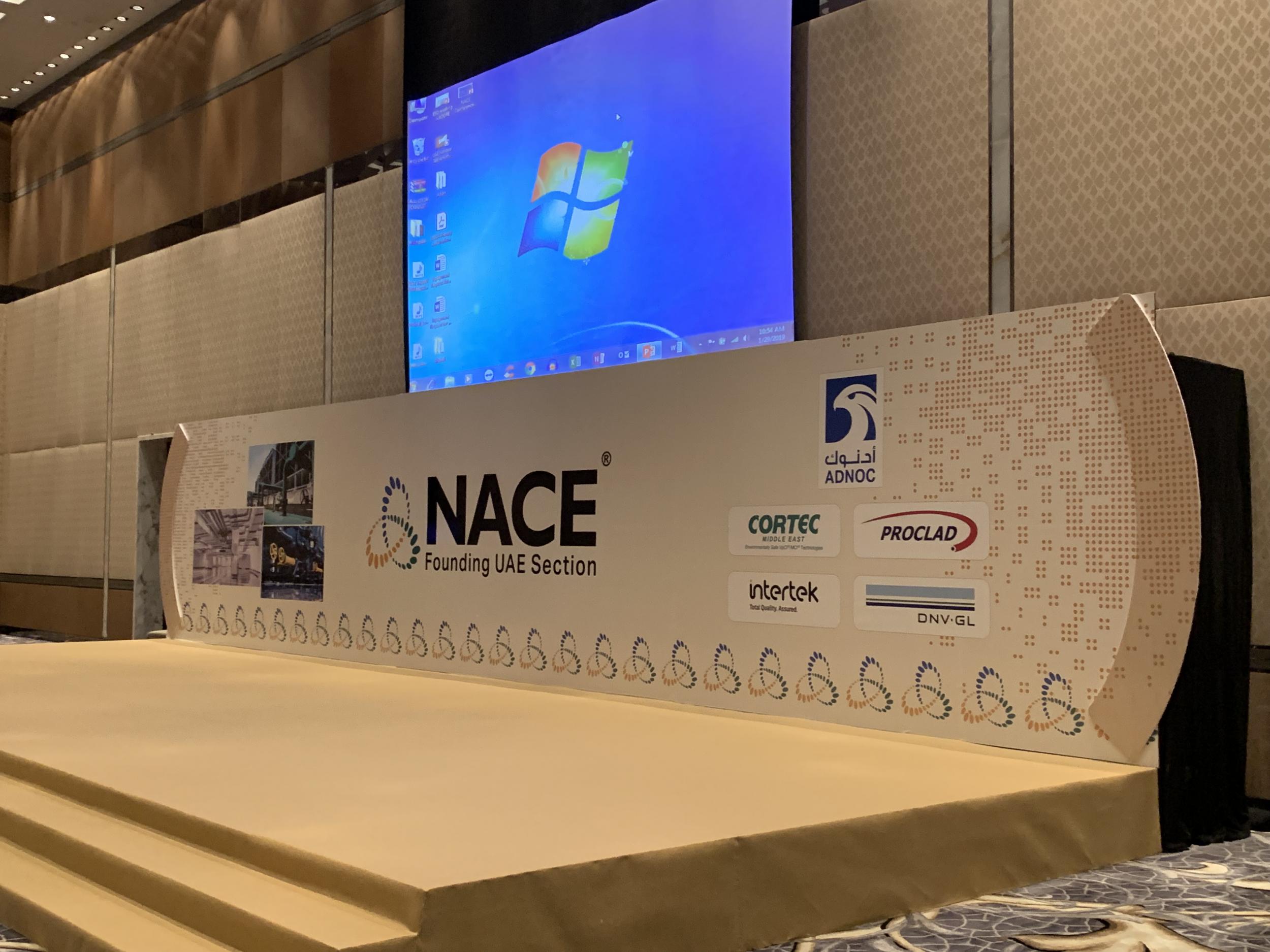 The 2019 NACE UAE Corrosion Conference was held from January 28-31 at the Etihad Towers in Abu Dhabi. The key topic was corrosion prevention and control as a critical issue for the future of development and industry in the Middle East and around the world. The event was attended by experts and leading industry professionals from around the world, including Oceanit’s Dr. Vinod Veedu who gave a presentation on ‘Corrosion Resistant, Anti-Fouling Coating for Improved Heat Exchanger Efficiency.’

Vinod’s presentation to the NACE Corrosion Conference attendees focused on heat exchangers as critical and costly pieces of equipment at energy production plants and refinery facilities. Heat exchangers are often made from expensive alloys to mitigate corrosion or deposition, adding to both direct and indirect costs. Cheaper, sturdier materials could be utilized if the corrosion factors could be mitigated on those more cost-efficient metals. In addition to corrosion, fouling of heat exchangers, especially those which are fed from unprocessed water sources such as rivers, lakes, and oceans, can cause severe drops in the cooling efficiency. Both micro and macrorganisms which dwell in the water (e.g. algae, barnacles, or bryozoans) can thrive in the warm heat exchanger water, growing on the tube walls and creating an insulating effect which reduces the performance of the heat exchanger. This fouling factor is a major concern in regions like the Middle East where Persian Gulf water is often utilized.

Vinod described how our HeatX surface treatment has been shown to significantly reduce and prevent both corrosion and fouling – without creating a thick, insulating layer that would impact heat transfer efficiency. This insulating effect was a major argument against the use of earlier anti-corrosion/fouling coating solutions such as epoxies. Vinod discussed how HeatX treatment is applied at a thicknesses of less than 100 μm and presented a case study on the negligible effect on heat transfer efficiency.

The Middle East is one of the fastest growing regions in the world for industrial growth and with all the new infrastructure being created, combined with the proximity to corrosion environments, novel solutions like HeatX are being sought that can preserve these new structures for decades to come. Oceanit’s nanocomposite, functional materials can provide the technology solutions that are desperately needed to reduce corrosion costs, both direct and indirect, over long periods of time for the region and beyond.