admin
In the News, Technology
0 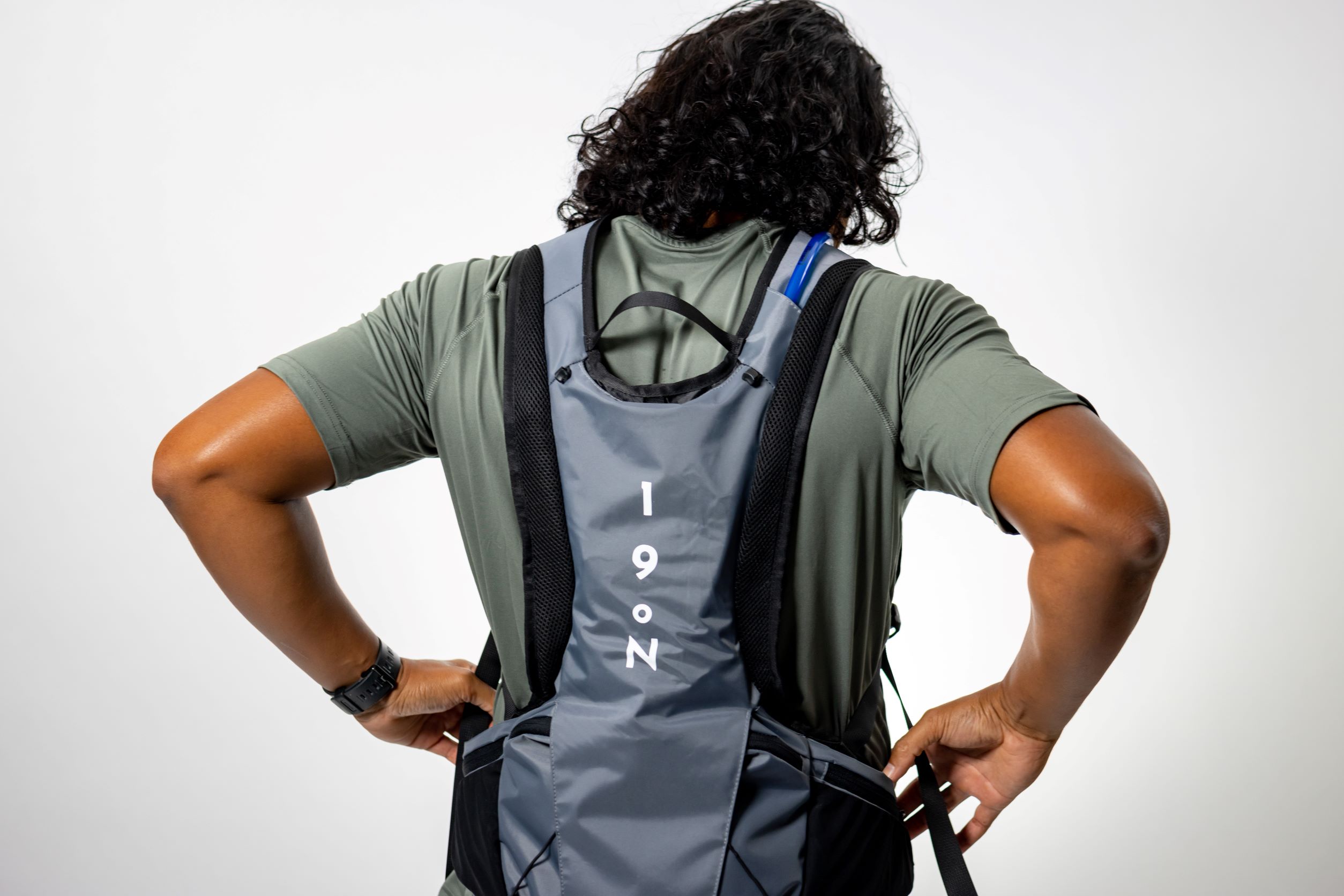 Honolulu, HI | This morning, Oceanit launched its first direct-to-consumer outdoor product, the Honu Cooling Pack, on Kickstarter. Released under the brand name 19°N—the most southerly latitude in the US, which crosses the southern part of the Big Island of Hawai’i—the Honu Cooling Pack is a new breed of active cooling gear designed for the realities of global warming. The technology behind Honu’s internal cooling system is called ThermoCore™. ThermoCore was developed in partnership with the US Army and Navy as a way to cool military personnel operating in extreme environments.

Standing in contrast with current state-of-the-art cooling gear—wicking shirts, evaporative bandanas, and ice pack vests—the Honu Cooling Pack is designed to physically remove heat from the wearer’s body. The ThermoCore system works by circulating cool water through thermally conductive tubing integrated throughout the pack’s back, shoulder, and chest areas, mimicking the biomechanics of cooling to lower the wearer’s perception of atmospheric temperatures by up to 20°F.

The Honu pack was tested and refined based on feedback from professional triathletes, firefighters, and hikers training in Hawaii’s hottest and most demanding environments.

Oceanit’s Kickstarter campaign will run for one month before production of the first set of cooling packs is set to begin. The various pledge levels include:

To learn more or reserve a pack for yourself, check out the Kickstarter campaign. And, follow along with 19°N’s journey to production and beyond on Instagram and Facebook.