Innovating to Restore a Wetland 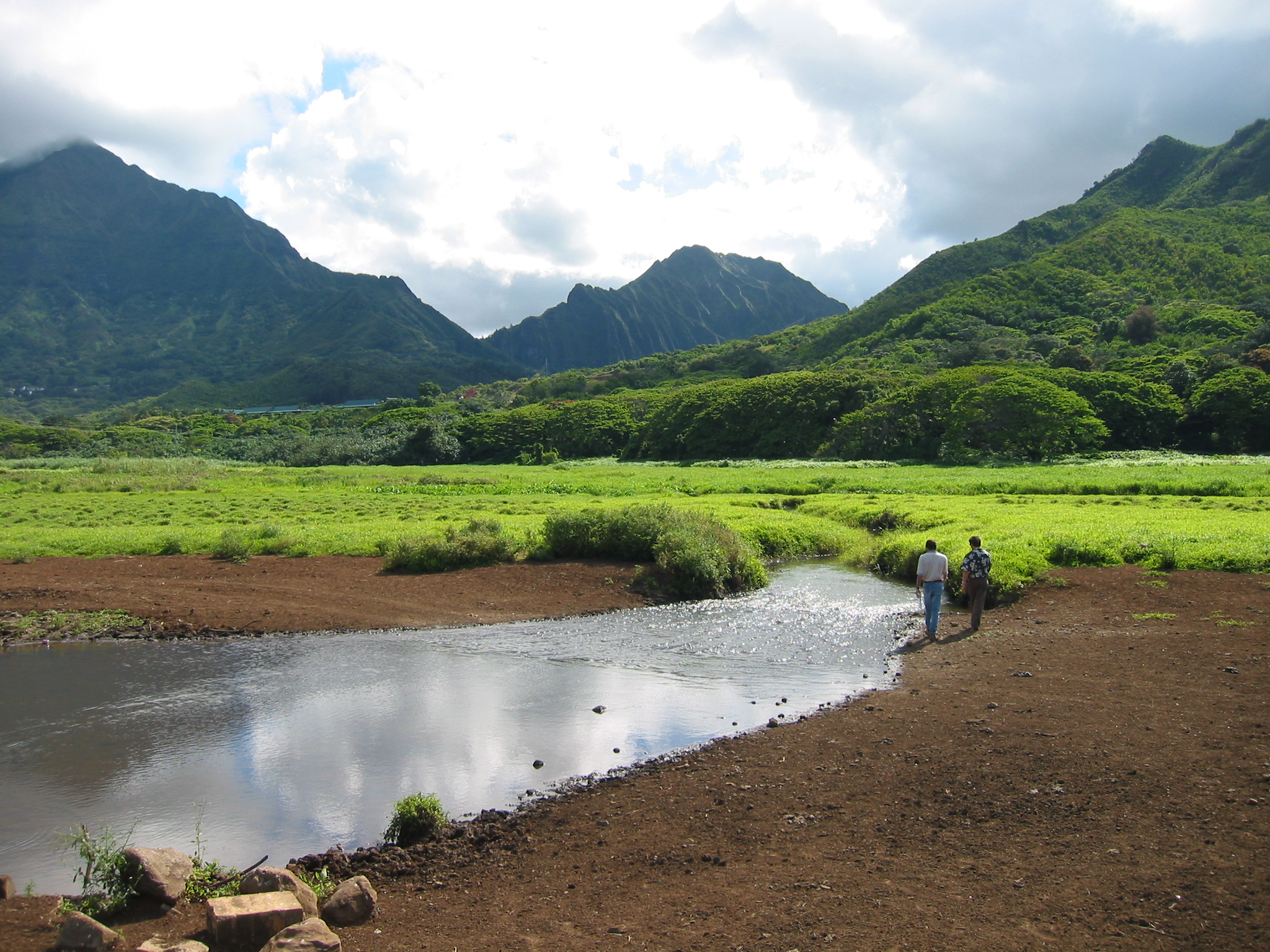 Kawainui is one of Oahu’s most important wetlands. Years of neglect and abuse have stressed this critical ecosystem. Oceanit has found it a perfect environment for innovative approaches to restoration.

While the construction of a flood control levee and alternative drainage for Kawainui Marsh effectively protected the town of Kailua from flood threat in 1966, the project deprived water flow to the Kawainui Stream and connected Kaelepulu Pond system. Decreased flow out of the stream mouth resulted in increased periods when the stream mouth was blocked by beach sand accretion. During the summer (low precipitation), evaporation would often result in the pond surface falling below mean sea level. During winter, the sand berm at the stream mouth would frequently build up above flood levels, requiring “emergency” openings during intense rain events.

A decrease in oyster populations, increase in macro algae, growth of invasive mangroves, and inflow of pollutants from construction and urban runoff over the years resulted in poor water quality and increased incidence of odors. These impacts had severe consequences upon the Kaelepulu and Hamakua wetlands, with periods of extended drought and occasional storms affecting the wetlands across active nesting areas.

Oceanit conducted bathymetric and physical water transects to understand the physical limitations of exchange and mixing processes and develop restoration alternatives. Four primary controlling factors were determined: 1) decreased water supply from the Kawainui Marsh due to levee; 2) efficacy of stream mouth opening events; 3) the presence of non-native mangrove; and 4) the presence of a sill, limiting flow of salt-water to the upper estuary. A test of partial flow restoration was conducted by siphoning water over the levee from Kawainui Marsh to Kawainui Stream. Physical water quality and water surface elevations were monitored in the estuary.

Increased exchange and improved water quality resulted directly from the restored flow of fresh water and indirectly from the improved flow through the stream mouth, the latter induced by the higher stream head. An engineering design was proposed for a permanent water flow restoration structure, including a water level control to prevent the system from over-filling. Effecting control of watershed hydrology is a valid concept to more effectively manage wetlands for waterbird habitat.