No Limits Featuring Noam Chomsky, the Father of Modern Linguistics 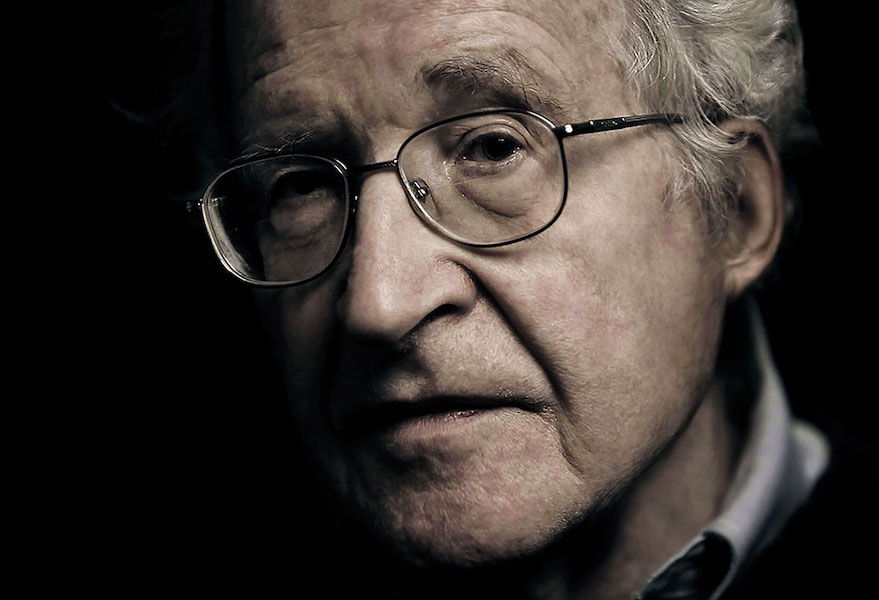 On July 8th, 2021, Oceanit welcomed the venerated Dr. Noam Chomsky as a No Limits Speaker Series guest. For over one hour, Dr. Chomsky spoke to a live webinar audience of nearly 400 as he delved into the deep fundamentals of language in his presentation entitled: “Know Thyself: Language, Creative Intelligence, and the Fate of the Human Experiment.”

During his presentation, Dr. Chomsky spoke extensively on the concept and quandaries of Universal Grammar (UG)—a theory that posits there are innate human factors that underlie every language and make language acquisition possible. Upon first examination, UG seems to be impossible with goals that appear to be contradictory. However, over the course of the hour, Dr. Chomsky demonstrated that a paradigm shift—regarding language not as a system of communication but rather as a system of thought—is all it takes to see the biological basis of human language.

As Dr. Chomsky drew connections between language and thought, he touched on evolutionary biology, history, philosophy, mathematics, and political science, wrapping up with a discussion of the paradox that is the human mind. “Following this path of inquiry,” Dr. Chomsky said, “we might hope to get real insight into the nature of language and thought, fundamental features of the human capacity. Fundamental, but of course, not all-inclusive. When we look around us, we see other striking features of this strange creature that recently appeared on Earth.” Features such as the self-destructive tendencies that have led us to the brink of nuclear war, climate emergency, and gross inequality.

Oceanit has been working with Professor Chomsky for around five years, developing a linguistics-based Artificial Intelligence that we affectionately called NoME. NoME stands for Noetic Mathematical Engine, but is pronounced in the same way as its namesake. NoME is an Anthronoetic, or human-style, cognitive engine with a linguistics-centered approach to strong artificial intelligence.

Enjoy the video of Professor Chomsky’s No Limits presentation below and be sure to visit his website to learn more about the father of modern linguistics.