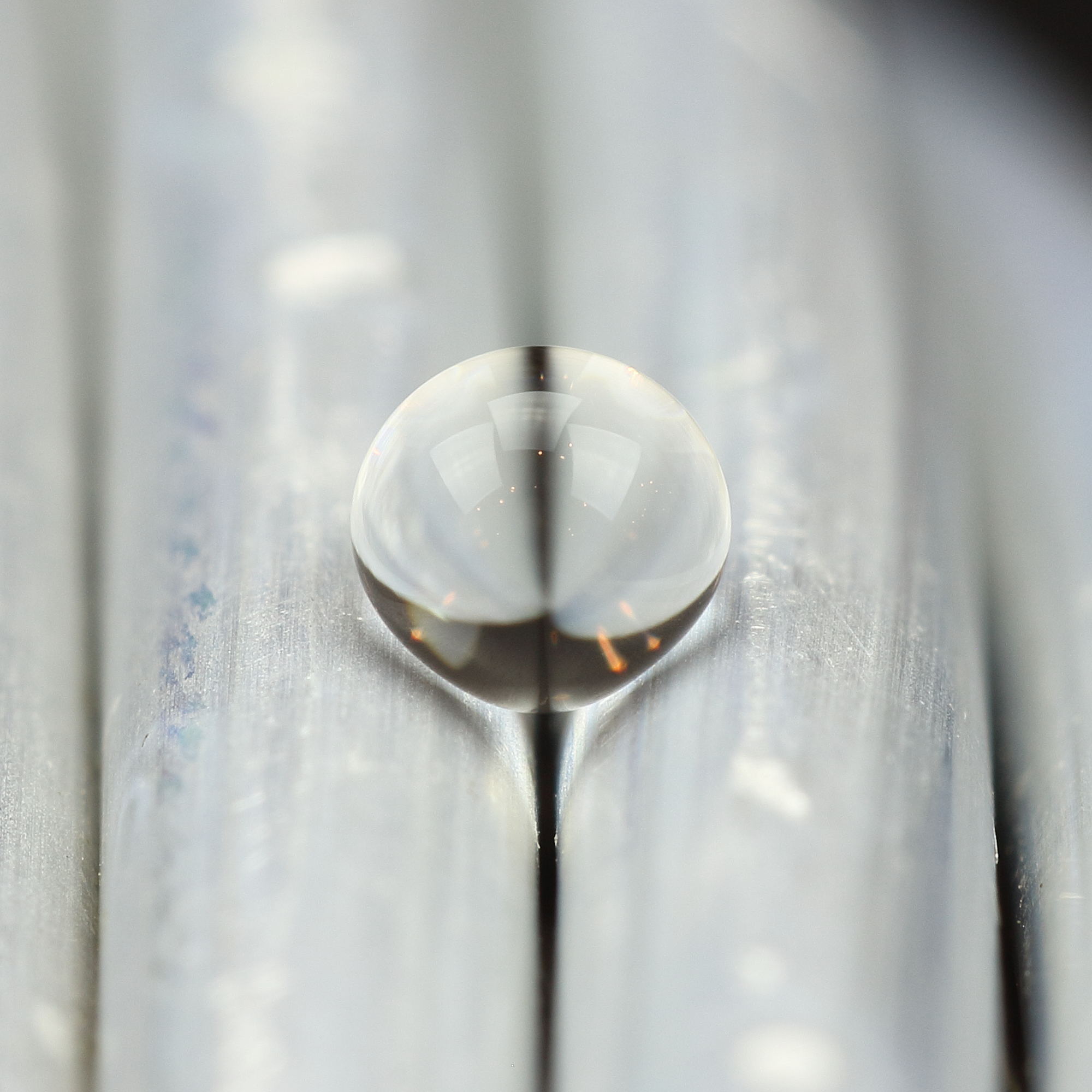 Chances are that at some point in the past few years you’ve watched one of several viral videos showing hydrophobic coatings in action. These videos depict people dousing themselves with everything from dyed water and mud to ketchup and chocolate syrup. Viewers marveled as water- or oil-based substances rolled off shirts and shoes leaving no damage, stains, nor even a trace that they ever came into contact with the fabric.

When sprayed with these magical hydrophobic coatings, any item in the video was seemingly rendered immune to liquids. In reality, results may vary…

From wearing off after a couple days to not repelling water at all, early hydrophobic coatings were hit and miss. Still, hydrophobic protectants have slowly become popular in shielding shoes and other household items. The fact is that hydrophobic and now superhydrophobic nanotechnologies are doing far more than keeping mud off your Air Jordans or stopping milkshake spills. Here are four ways that Hydrophobic coatings are disrupting industries around the world.

The aviation industry has never grown more quickly than it is growing right now. In 2018, the International Air Transport Association (IATA) released statistics that estimate air passenger numbers could hit 8.2 billion per year by 2037 (1). In other words, more of us are flying, more often. Increased demand for capacity means more aircraft and necessary improvements to the ecosystem that keeps those aircraft flying safely.

Corrosion is a constant threat to the structural integrity of aircraft, but did you know that it is a threat from the inside as well as the outside? Saltwater air from the climate impacts the exterior of the plane, but inside the cabin, spills of coffee and soda can wreak just as much havoc. Aircraft must undergo regular inspections and airlines spend huge sums to protect these planes.

Another (purely external) atmospheric concern is ice build-up. You’ve probably been on a flight where a tanker truck pulls up alongside and blasts the wings with yellow-orange liquid to ‘de-ice’ the wings. The nucleation of moisture, or ‘icing’, on flight surfaces can cause delays, disrupt operations, and in-flight can greatly impact an aircraft’s ability to generate lift. 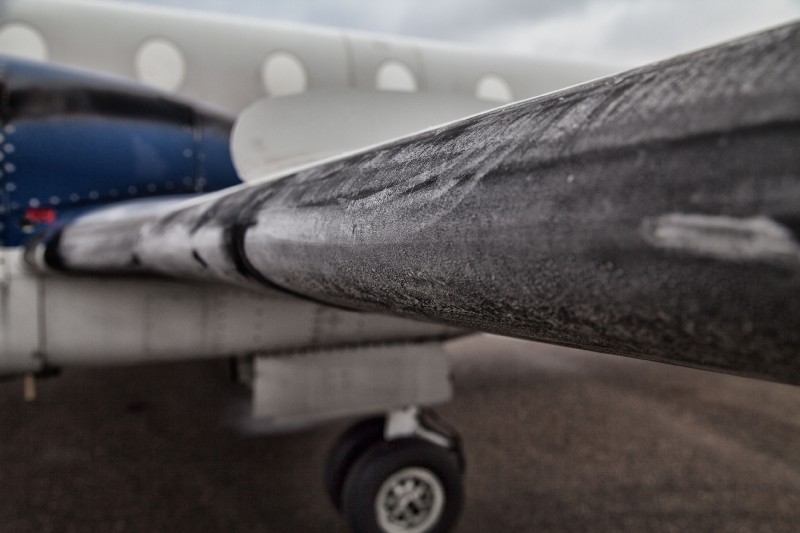 Superhydrophobic and icephobic nano surface treatments can greatly improve upon the performance and protection offered by an array of older solutions currently relied upon. One such treatment developed is called AeroPel. AeroPel creates a passivating layer that repels moisture and significantly reduces ice adhesion strength. Ice’s ability to stick to the surface is 46x weaker than ice on Teflon. In tests by Army Corps of Engineers Cold Regions Research and Engineering Laboratory (CRREL) called AeroPel the “best icephobic coating they had ever tested” (2).

Superhydrophobic coatings are being developed to disrupt aviation for the better. They have the potential to make aviation far safer for passengers and more efficient for the airlines that carry us, even if it can’t stop us from spilling those coffees when we pass through turbulence. Learn more here.

Ocean-going shipping is often touted as the world’s first truly global industry; think of the Dutch East India Company or Britain’s Stephenson Clarke Shipping. Ships, or “liners”, are still the primary way that we transport cargo and trade with one another. Did you know that 90% of world trade is carried by the international shipping industry? (3)

Container ships crisscross the globe bringing billions of tons of cargo to ports in over 200 countries. While they promote trade, one downside is that these mega-ships burn a lot of fuel, and that consumption (and the related greenhouse gas emissions) is exacerbated by a persistent issue called biofouling.

Biofouling is the growth and accumulation of microorganisms like algae on wetted surfaces. In both fresh and saltwater environments, biofouling results in a rough hull surface, creating hydrodynamic drag and increasing fuel burn and maintenance costs. Biofouling creates friction between a vessel and the water and has been shown to decrease a ship’s speed by as much as 10%. Consequently, liners burn more fuel to maintain their normal cruising speed — sometimes as much as 40% more — to compensate for this drag (4). Increased marine fuel consumption also has adverse environmental effects, releasing greater amounts of carbon dioxide and sulfur dioxide into our atmosphere. Tens of billions of dollars are spent annually to prevent or control marine biofouling and the traditional use of biocidal ablative paints is being outlawed in most of the world because ablatives, mostly copper-based bottom paints, leach heavy metals into the ocean which are toxic to marine organisms. Hydrophobic and oleophobic (water- and oil-repelling) nano coatings are being formulated to solve the biofouling issue. By creating an ultra-slick surface that repels oils and water, microorganisms are given a slim-to-none chance of sticking to a coated hull.

Oceanit developed FoulX omniphobic bottom coat to prevent sticky organisms from gaining a foothold on the ship’s hull, preserving the smooth hydrodynamics of the vessel. FoulX is water-based, non-VOC, non-toxic, and non-biocidal coating, meaning that it is environmentally friendly in two ways: It doesn’t leach biocides nor heavy metals, and it helps keep fuel consumption at normal levels.

Hydrophobic ship coatings have a huge potential to reduce costs for the shipping industry while also reducing carbon emissions. By keeping those hulls smooth and clean, we can achieve lower greenhouse gas emissions for our planet while growing international trade.

Did you know that generating electricity with fossil fuels is a fundamentally inefficient process? The process bleeds energy all along the electricity generation cycle; from the boiler, all the way to the generator’s output. The 2014 weighted average efficiency of each fuel was:

In addition to this inefficiency, an estimated 42% of total carbon emissions worldwide are attributed to the energy sector (5).

In America, approximately 63% of net electricity generation comes from fossil fuels, according to the U.S. Energy Information Administration (6). While liquid natural gas and renewables are helping reduce our use of fuels like coal, improvements in the electricity generation cycle are an immediately viable way to reduce emissions. And hydrophobic coatings may hold the key to capturing significant efficiency improvements.

Typically, fossil fuel is burned to heat a boiler, producing steam; the steam powers a turbine; the turbine spins a generator, and electricity is created. Steam is recaptured in a condenser to be converted back into water and to start the cycle over again. Condensers are responsible for over half of the efficiency loss in this typical generation cycle. By increasing the efficiency of condensers, we can generate electricity with significantly less fuel burn.

A hydrophobic surface treatment called HeatX has shown that it can vastly improve condenser efficiency and ultimately generation cycle efficiency. Surfaces within a condenser can be modified with HeatX to achieve ‘dropwise’ condensation. Dropwise means more condensation; the hydrophobic nature of HeatX-treated surfaces make the steam bead up into water droplets rather than form a sheet of water. These beads condense faster because a sheet of water actually insulates the condenser and kills efficiency. Dropwise condensation directly offsets the 50%+ efficiency loss that condensers are responsible for.

Using HeatX hydrophobic surface treatment can reduce a cycle’s total fuel burn by 8.2% while generating the exact same amount of electricity. That 8.2% reduction in fuel burn, on a global scale, is roughly equal to reducing 1,092 Million tons of carbon emissions annually, all from a hydrophobic surface.

When the Golden Gate Bridge was built in 1933, it was painted with a lead primer and lead-based topcoat in its famous ‘International Orange’ color. Advanced paints on steel bridges protect against corrosion in high salt-content air like that of the San Francisco Bay. This salt air causes steel to corrode at incredible rates that even the paint can’t compete with over time.

Though the Golden Gate’s lead-based paints were replaced between 1968 and 1995, the Golden Gate Bridge must be continuously painted, year-round, to stave off corrosion which is constantly attacking the steel (7). The issues faced in the Bay area are experienced around the world, with bridges and infrastructure under constant assault by atmospheric corrosion, especially in sensitive spots like rivets, bolts, and exposed surfaces.

When the Morandi Bridge in Genoa, Italy collapsed last year, the finger was eventually pointed at corrosion as the cause (8). Combined with traffic levels that it was never design for, the bridge structure simply could not continue bearing the loads pressed upon it year after year while also suffering from ongoing corrosion. In light of that disaster, and now more than ever, engineers’ attention is focused on the durability of aging infrastructure around the world.

A hydrophobic coating called EverPel is now being applied to bridges and infrastructure in Hawai’i and California to mitigate corrosion. EverPel is a nanocomposite treatment that has the dual effect of arresting existing corrosion and acting as a passivating barrier to further chemical and corrosive attack on the underlying surface. EverPel has shown resistance to corrosion in tests of 1000+ hours in saltwater fog chamber (ASTM B117) conditions.

EverPel is a water-based polymer making it far easier to work with than toxic epoxies and paint. It contains no Volatile Organic Compounds (VOCs) and is non-toxic. The environmentally friendly formulation lasts longer than paints and has the potential to protect the beloved, iconic (and functional) structures of our cities. From the Golden Gate to stadiums, monuments, and transit, hydrophobic coatings are evening the odds when it comes to corrosion.