Friday Five: 5 Things to Know About a Hydrogen Fuel Future 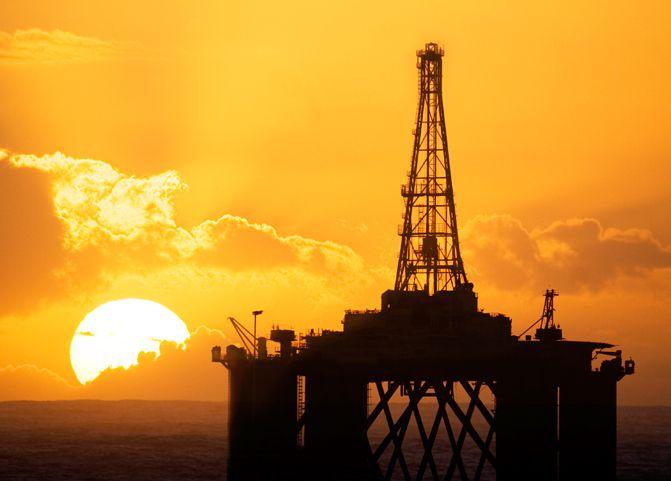 It is widely accepted that humanity needs to reduce greenhouse emissions to have a fighting chance at preventing catastrophic warming of our planet. Hydrogen may well be the key to our energy transformation and decarbonization.

For some people, the thought of hydrogen power is terrifying, summoning images of Zeppelins and fiery doom. For others, it’s a complete unknown. After all, we hear a lot about fossil fuels and green energy like wind and solar, and even sometimes geothermal or nuclear power, but outside expert circles, hydrogen is almost never discussed.

That may soon change as experts throughout the scientific community, who have long believed that hydrogen fuel is how we’ll power the future of humanity, now find their voices amplified by world leaders focused on reducing our collective carbon footprint.

Hydrogen is the first box in the periodic table, the most abundant element in the universe, one proton and one electron. And, when combined with oxygen in a fuel cell, hydrogen is an extremely efficient, clean-burning fuel that produces only water vapor as a by-product.

Hydrogen is considered an ‘energy carrier’ rather than an ‘energy source’ because it does require energy input to produce. Think of it like electricity, except it doesn’t require a battery. As an energy carrier, it can both deliver and store energy as a liquid or a gas—and does so at a very high rate relative to its mass. Around 120 MJ/kg to be exact—nearly three times the energy density of gasoline at 45.8 MJ/kg.

And, hydrogen power can be used virtually anywhere energy is needed: for transportation, infrastructure, residential, commercial, and even portable applications.

It’s no wonder scientists and climate experts have been excited about it for decades. Yet, some challenges to do exist.

For decades—centuries even—hydrogen has been an elusive dream energy, a silver bullet theorized to efficiently and cost effectively power the world, satisfying all of our energy needs. But there have been a few hiccups along the road.

For one, hydrogen is incredibly flammable, and a little mishap involving a hydrogen-filled airship in the 1930s gave us one of the most iconic images of the 20th century and left generations of people skittish about the idea of using hydrogen to power things.

Aside from fear stemming from events almost a century past (hey, the Titanic happened a little over a century ago, yet we still ride cruise ships), there are real challenges to large-scale adoption of hydrogen power…at basically every step of the production and supply chain.

While the idea of adopting hydrogen fuel as a norm is exciting, we aren’t anywhere near that becoming reality yet. Hydrogen storage systems are big and heavy, making it impractical for basically anyone outside the industrial sector. We haven’t quite figured out how to store hydrogen efficiently without losing a bunch of energy in the process. Transporting hydrogen is another beast of an issue, riddled with issues like contamination, leakage, and efficiency loss. And all of the above create safety issues that impact every step of this chain.

Perhaps the largest barrier, though, is just making hydrogen in the first place. Hydrogen is extremely reactive, and so even though it makes up 90% of the visible universe, you can’t simply ‘find’ pure hydrogen here on Earth. In order to isolate hydrogen and use it for energy, we need to pry it away from the other elements that it’s bound to—an energy-hungry process that isn’t ‘clean’ by default. Which leads us to…

3. The "Colors" of Hydrogen

Although hydrogen is a colorless gas, the energy industry categorizes it into color grades based on how it’s produced. Black, gray, and brown hydrogen are produced from fossil fuels and are therefore all pollution heavy.

The majority of hydrogen used today is considered gray hydrogen—hydrogen produced by breaking apart the hydrocarbons (hydrogen + carbon molecules) found in natural gas. Unsurprisingly, once you remove the hydrogen from hydrocarbon, you’re left with carbon in the form of CO2. And we really cannot declare hydrogen to be a clean energy if its very production produces greenhouse emissions.

The next step up the chain is blue hydrogen. Blue hydrogen isn’t much different from gray hydrogen except that it involves recapturing the carbon emitted from the process. It still uses fossil fuels, and it still isn’t a fool-proof zero-emissions process, but it’s definitely better than just letting it rip!

The end goal, the holy grail of hydrogen, is green hydrogen (bet you didn’t see that one coming). Green hydrogen can be created through a process called electrolysis, which involves electrifying water to separate the H2 from H2O. If powered by renewable sources like wind or solar, the only by-product of green hydrogen is sweet, sweet oxygen.

Obviously, green hydrogen is the variety that we want to fuel our lean, clean hydrogen dreams. As of 2021, though, only 0.1% of hydrogen produced is considered green. In the timeless words of Kermit the Frog, it’s not easy being green.

Unfortunately, hydrogen is expensive. Prohibitively expensive. Currently, green hydrogen costs between $3/kg and $6.55/kg to produce, while blue hydrogen is at $1.40-2.40/kg and gray is at $1-1.80/kg. For perspective, hydrogen fuel cell cars can travel about 380 miles on $100 of hydrogen—and current hydrogen fueling stations mostly use gray hydrogen. (On the other hand, a comparable gas-powered car can travel 420 miles on a $50 tank of gas.)

Green hydrogen is the one we want, and there’s a lot that goes into its high price. Electrolysis production capacity is almost nonexistent—around just 200 megawatts globally (compared to over 4000 gigawatts or 4,000,000 megawatts in fossil fuel production). The process is expensive, and the renewable energy required to power the electrolysis process is still relatively expensive itself.

It’s a chicken-or-egg scenario: The technology and infrastructure required to enable the expansion of green hydrogen is expensive and still unperfected, and so there’s little demand. And because there’s little demand, costs remain high as there’s no incentive to increase competitiveness.

5. How Can We Decarbonize and Save the Climate with Hydrogen Energy?

The world is really hot right now, and it’s mostly because of all the fossil fuels we’ve been burning for the last 200 years. World leaders have finally caught on to the urgent need for better sources of energy, and hydrogen is at the top of the list (as it should be, obviously).

In June 2021, the Biden administration and the U.S. Department of Energy announced the “Hydrogen Shot,” an ambitious plan to dramatically decrease the cost of green hydrogen, making it viable for widespread use. The goal: slash green hydrogen prices by 80%, dropping costs to just $1/kg.

Other powers—including Japan, Korea, Canada, China, and the EU—have also pledged support for hydrogen in recent years, aiming for truly massive increases in hydrogen production and use by as soon as 2030.

With government investment and support, hydrogen power doesn’t seem so far-fetched. Aside from the hurdles of hydrogen generation, there’s actually a lot going for hydrogen. Hydrogen fuel cell-powered cars already exist with more and more automakers taking the leap as improvements to fuel cells continue to roll out. Hydrogen can be transported using existing natural gas pipelines, and it can contribute to our current electric grid, so we can make use of hydrogen energy even while we wait for development of hydrogen-specific infrastructure.

And once hydrogen truly takes off, it has the potential to effectively replace fossil fuels and combustion engines completely. Rather than relying on electricity and advances in battery technology to power our green future, adding hydrogen to our toolbelt gives us far more room to innovate and diversify, and betters our chances of coming off carbon completely.