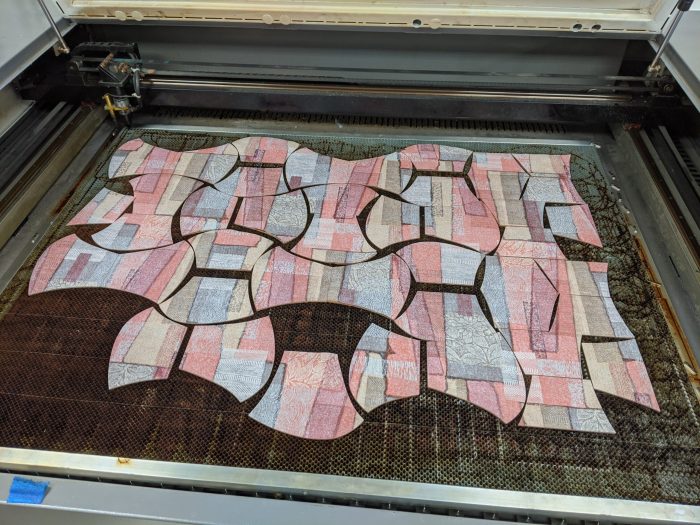 As a result of the COVID-19 pandemic, hospitals and care facilities around the nation have experienced shortages in personal protective equipment like masks and gloves, and Hawaii is no exception. To help address this critical need, members of the Oceanit Ohana volunteered their expertise to design, fabricate, and rally the community around supporting medical workers.

Among the first to spring into action was Oceanit Physicist Sergey Negrashov, who assembled a small team of UH grad students to produce mask sewing kits and enlist volunteers who can sew the masks and deliver them to the healthcare professionals who need them. The initiative, called alohamask, used UH’s FabLab to quickly laser cut fabric, produce kits, and donate finished masks to frontline workers and vulnerable populations.

Sergey came up with the idea for alohamask after volunteering to sew masks and becoming frustrated when half his time was spent cutting fabric swatches. He soon realized that it would be far more efficient to produce fabric cut-outs on an industrial scale and began to prototype using lasers to do so. When that proved successful, he approached UH to use their 40” x 40” laser cutting bed, which allowed alohamask to cut fabric for 90 masks in a single run. 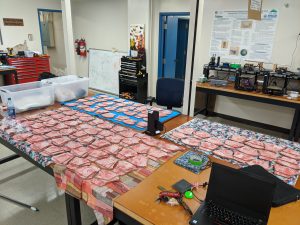 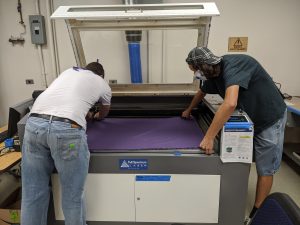 Given the production capabilities, alohamask quickly scaled up and they became a hub to organize a multi-faceted effort. Their team included volunteer coordinators, hospital liaisons, manufacturing overseers, master seamstresses, and a health & safety officer. Together, they managed a volunteer assemblage of 40 drivers and 400 sewers, fabric donations from groups like Hawaii Community College and First Hawaiian Bank, and deliveries to hospitals around the island. At their peak, the alohamask team was producing and delivering 1000 masks per week.

Last week, alohamask wound down operations after 10 straight weeks of mask kit production and 10,000 masks made and distributed.

The decision to wind down was made now that traditional supply chains have finally caught up to needs for many facilities around Hawaii. While alohamask is no longer in operation, Sergey notes that they’re ready to spring back into action should the need arise. 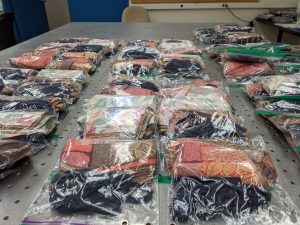