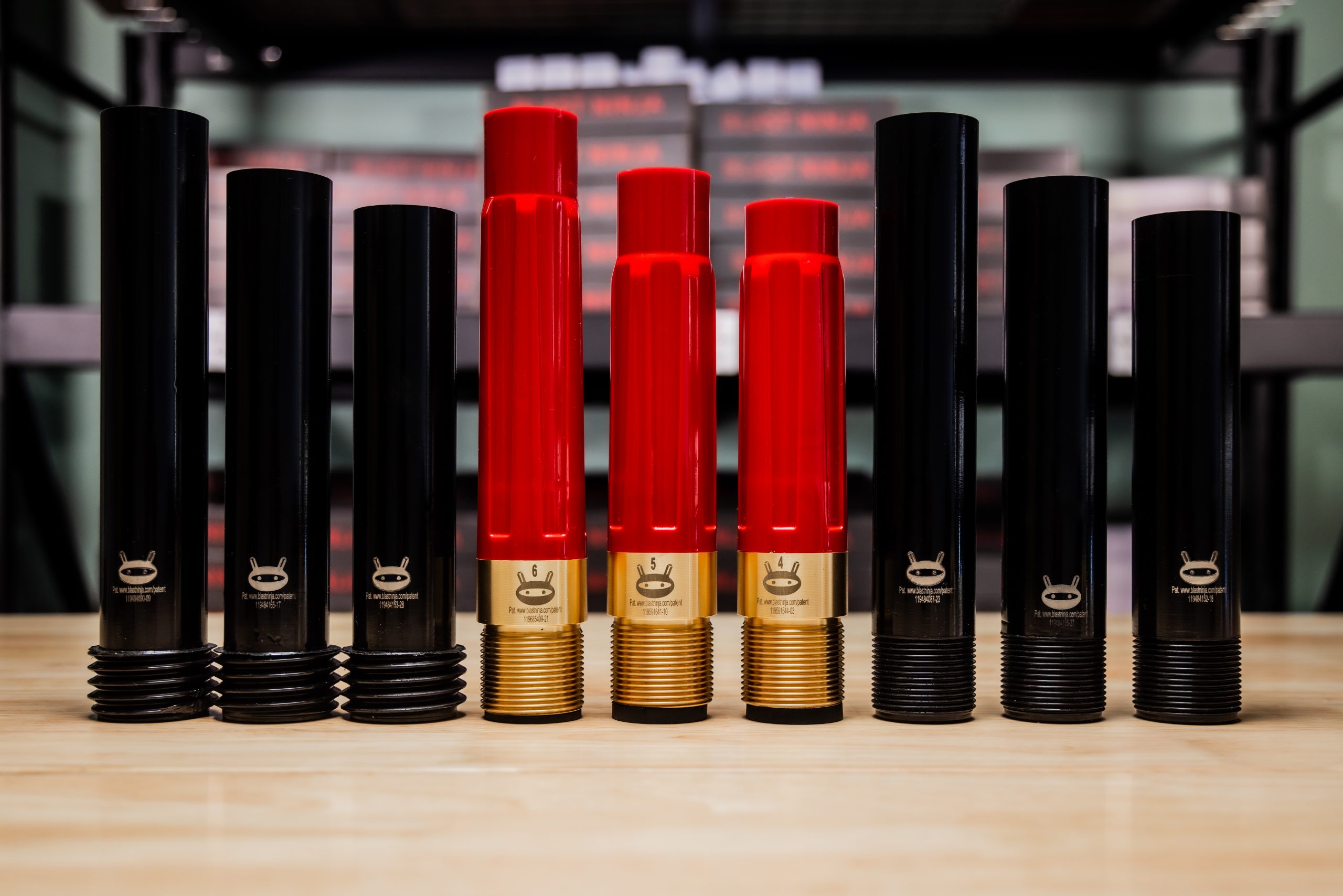 Noise induced hearing loss (NIHL) due to occupational exposure is a significant risk for blast operators, despite the use of hearing protection and limits on duration of exposure. Noise complaints can also narrow operating windows, limiting productivity.

In abrasive blasting, noise levels consistently exceed 115dBA, at which the maximum safe exposure time just 15 minutes per day. To reduce noise exposure and gain more productive time, OSHA dictates that noise must be reduced at the source. Improving conditions for blasters requires a quieter nozzle, without sacrificing productivity and efficiency.

Oceanit’s nozzle design achieved up to 17 dB in noise reduction with the proprietary noise-reducing technology in Blast Ninja. Compared to industry standard nozzles, Blast Ninja had up to a 26% improvement in productivity in tests with garnet and steel shot.  Blast Ninja nozzles can meet OSHA’s noise safety standard that allows up to four hours of exposure for blasters—a vast improvement on the typical 15-minute exposure limit.

Oceanit’s Blast Ninja nozzle is now available for purchase and is fast becoming a new industry standard for the abrasive blasting industry. Pearl Harbor Naval Shipyard and Portsmouth Naval Shipyard currently use Blast Ninja in their operations to protect operators. While the long-term impacts of reduced workforce injuries and long-term hearing preservation is incalculable, Blast Ninja will surely have an impact in reducing the $1.1 billion annual cost for VA disability benefits.

Protecting Operators from Noise Without Sacrificing Blasting Performance and Productivity

Abrasive blasting operations, used for stripping paint, surface coatings, or for fouling/deposition removal, is an essential part of the maintenance of the ships, vehicles, and equipment of the United States Armed Forces. Abrasive blasting nozzle design is rudimentary and noise levels produced during abrasive blasting operations in shipyards, maintenance facilities, and factories often exceed exposure limits put in place by Occupational Safety and Health Administration (OSHA). Reducing a worker’s occupational noise exposure is imperative from a safety and economics perspective for the Department of Defense.  Oceanit worked with support from the U.S Navy’s Office of Naval Research (ONR) Auditory Neuroscience & Performance Program to tackle this longstanding and complex problem.

The U.S. Centers for Disease Control (CDC) estimates that one in three adults suffer from hearing loss and The U.S. National Institute for Occupational Safety and Health (NIOSH) further states that 24% of U.S. workers’ hearing loss is caused by occupational exposure. Exposure to high levels of noise can lead to difficulty communicating and distraction, which can lead to accidents and decreased productivity. Over the past decade, a large – and increasing – number of hearing loss claims have been filed and millions of dollars have been compensated to workers due to Noise Induced Hearing Loss (NIHL).

To prevent hearing loss OSHA regulates noise exposure above certain levels. OSHA Standard 1910.95 requires hearing protection to be worn by employees based on the noise levels and duration they are exposed to and recommends that workers not be exposed to sounds at or greater than 85 decibels (dBA) for 8 hours. Standard abrasive blast nozzles, however, can produce noise levels upwards of 115dBA, for which OSHA sets a maximum safe exposure time of just 15 minutes per day.

Exposure of personnel to these noise levels, even with hearing protection, substantially increases the risk of NIHL. Furthermore, OSHA regulations dictate that improved hearing protection does not constitute a reduction in worker noise exposure and requires the elimination or reduction of the acoustic hazard through engineering controls prior to implementing administrative controls or relying on personal protective hearing protection. 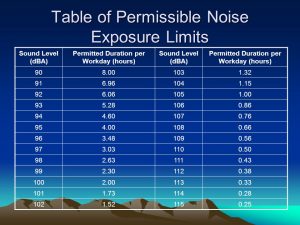 According to OSHA guidance for engineering control of noise in blasting operations at Naval Shipyards (U.S. Department of Labor, OSHA, 2006), common sources of noise include:

In addition to reducing noise levels, the productivity and efficiency of abrasive blast nozzles are equally if not more important when it comes to the successful adoption of a new nozzle by the surface preparation community. “Productivity” or work output of a nozzle is expressed as area per unit time cleaned by abrasive blasting, while efficiency of a nozzle is quantified by the kinetic energy flux of the airflow and blasting particle stream at the nozzle exit. Both translate directly into how long a blast operator must spend cleaning a surface.

​​Abrasive blast nozzle technology prior to the 1950’s focused on straight bore nozzles characterized by a converging entrance, followed by a throat and outlet length which have the same constant cross-section, as shown in Figure 1.

The next big step in abrasive blasting technology was the venturi nozzle patented in 1955 by G.D. Albert and W.H. Hall. It was developed based on the observation that straight bore nozzles tended to become more efficient as they began to wear. The wear tended to enlarge the outlet, leading to a shape similar to that shown below in Figure 2.

Additional nozzle designs were developed between the introduction of the venturi nozzle and the early 1990’s, including the laminar flow nozzle, the double venturi nozzle, and the “Bazooka” nozzle. However, no nozzle design to date has been able to address the goal of reducing noise levels while maintaining production rates.

In developing Blast Ninja, Oceanit conducted analysis, Computational Fluid Dynamic (CFD) modeling, and simulations in the laboratory to provide initial design concepts of an approach that could achieve the objective of minimizing the acoustic energy in blast nozzles while maintaining the effectiveness of the blasting operation. 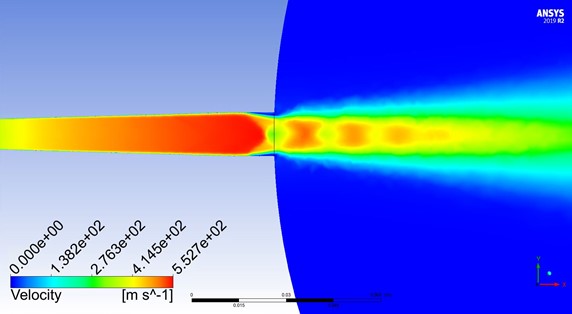 Figure 3. Velocity magnitude simulation for a No. 6 venturi nozzle focusing on the nozzle exit 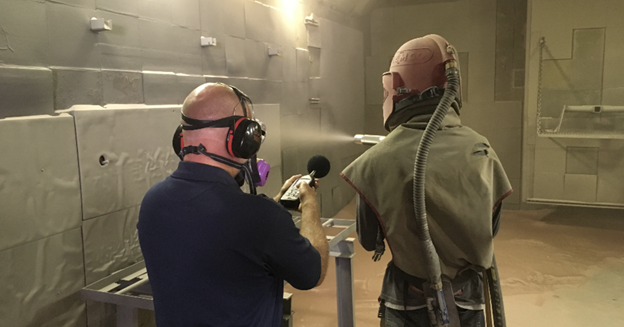 “The No. 6 Blast Ninja is superior to a No.6 Marco Venturi nozzle in both sound levels and productivity.”

Blast Ninja nozzles are manufactured in the USA and are now commercially distributed and sold in multiple countries including the United States, Australia, New Zealand, the United Kingdom, and Norway. Large commercial customers in the energy services, manufacturing and construction industries use Blast Ninja nozzles as a way to protect their workers, improve operational efficiency, and reduce liability.

Oceanit has been awarded one US patent on the technology with two additional patents pending. Read our Blast Ninja product page or visit www.blastninja.com for more information on the product.

Design ThinkingIndustrial ProductsInnovationS&T
Previous Emojiphy: The Neo-Hieroglyphy and Emoji Use in 2021
Next Mind to Market – From Military to Mountain Biking